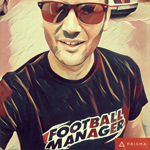 Unbeaten league run (36 wins 2 draws) and UCL champion in the first season. Tried to tailor a FM 2020 tactic for Juventus. Ronaldo with 60 goals! 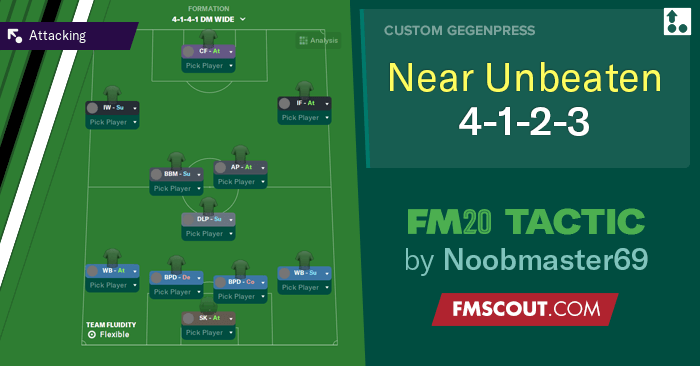 I tried to tailor a tactic for Juventus, using all of their quality players. The results were unexpected for me and maybe it's only a good for big teams.

I wanted to share with you because I hope I can help someone who is struggling and I think there is more potential and maybe one of you can achieve it.

The tactic performs really well in both attacking and defending as you can see below. So what kind of players do you need?

WB(AT): Here you need a really good crosser and defensive stats are less important. Alex Telles was a beast in this position, outperformed Alex Sandro because how well he was crossing. But you will need 2 good player here because both Alex Telles and Alex Sandro had like 60-65% stamina after a fully played match so you can't use one player here the full season.

BPD: Any capable player will do. Didn't feel the difference between my players because the midfielder stopped every attack and the only way they scored goals are longshots (in beta you can't avoid them) and through balls over the defenders head (in beta they are overpowered, the defenders can't position against it, I even dropped the defensive line and tried the other defender in a cover position but still they were problem but for our luck one-on-ones can't be scored)

WB(SU): I had Cuadrado and Danilo here, they are opposite kind of players and there were no difference how well they played so use anyone you have, you should prioritizing your left side.

DLP(SU): Really important position both in attack and defend. You will need a good player to create chances. I put to DEF when I faced teams like Inter who is focusing the attack in the middle.

BBM(SU): Another impactful player and he will be your main longshot scorer. Even Matuidi scored a lot of goals and he doesnt have the greatest longshots. You need a really well rounded player who good in everything.

AP(AT): This position needs some tweaking. You rarely your player in the game and he will have the worst rating from the team. I tried MEZ(AT) and RPM(SU) but none of those worked. So this is up to you how you handle it. The next season I will move up to the AMC position.

IW(SU): I used Douglas Costa and Dilrosun here and they did fine. Maybe the left backs stole the show from them but I think with the right instructions and role the left side could be really painful to the deal with for the opponents. I was thinking to switch to INF(SU) but I don't have good right footed players so I leave it to you.

INF(AT): Dybala did a fantastic job here and Bernardeschi was awful. This position will be more useful when they fix the one-on-ones because both of them got into really good scoring positions. The reason why Dybala was better is that he scored long shots and free kicks and he was more consistent in front of goal. You need somebody who is really good in shooting, pace is less important.

CF(AT): 60 goals for Ronaldo starting 43 games and none of them is from one-on-ones. Without doubt he could have like 80 goals in one season. But the main strenght was his heading. Alex Telles and Alex Sandro fed him with quality crosses and he used them really well. You need somebody really strong, tall and good header. On the role I'm not 100% percent because he didn't contributed to the game too much. You can use any role, the important thing is he should be in the box to receive the balls.

And one last tip for the end: when I faced parked buses I reduced the passing range and turned on more expressive play. Maybe that way should be the default one.
Врх
Пошаљи Одговор
1 порука • Страница 1 од 1